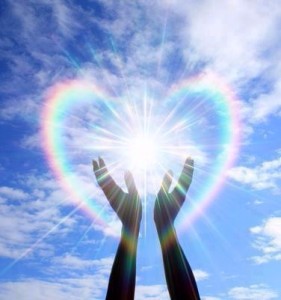 Reiki helps us connect to all that is and to be in the moment.

Reiki as defined by the Oxford English dictionary is: "A healing technique based on the principle that the therapist can channel energy into the patient by means of touch, to activate the natural healing processes of the patient's body and restore physical and emotional well-being."  However, it is widely accepted that reiki can be given and received equally effectively hands-off or via distant healing - which means that I could send you reiki wherever you are on earth, at any time that suits you!

REIKI in Japanese literally translates as universal life force energy.  This system of healing was developed by Dr Mikau Usui in the early 20th century.  It is a non-invasive complementary therapy that has been taught and used in the UK since the late 1900s, although Eastern medicine has worked with this energy for thousands of years, recognising its flow through all living things.

Reiki supports orthodox medicine; reiki can be used alone but is not a replacement for traditional medication of treatments.  It is not based on any belief, faith or suggestion, yet scientiific research using quantum physics has started to help us understand how reiki may work to benefit the individual.  Perhaps in years to come reiki will be known as energy medicine based on scientifically measurable energy emitted from the healer's hands.

Two ways in which these pulsing magnetic fields may stimulate repair of bone and other tissues include:

Note: a bio-magnetic field can also be created by passing electric currents through living tissue as has been used for medical diagnoses and treatments for almost a century, eg. ECG and MRI scanning.

Reiki is often referred to as an intelligent form of healing.  Reiki may be valuable in the prevention and remission of some serious diseases that are so costly in terms of human suffering as well as expensive allopathic health care.

One theory is that energy healing works by opening up the communication channels that enable cells in the body to talk to each other, and  opening up the terrain through which cells are able to migrate to places where they are needed to initiate repair or fight disease.  Another is that these methods help to calm the person so their immune functions can operate smoothly.

Reiki is activated by intention and requires practitioners to calm their minds and thus open up their communication channels to understand where healing is most required on a body and for how long to caringly help the person concerned.

Visualisation techniques can also be embodied as an element of reiki treatments at a professional practising level, which also creates measurable electrical and magnetic fields, enhancing its effectiveness.  As an NLP Practitioner and Psych-K Practitioner for many years, I can offer you reiki meditations with specially-worded individual visualisations to help you imagine your unique wishes more precisely and clearly. 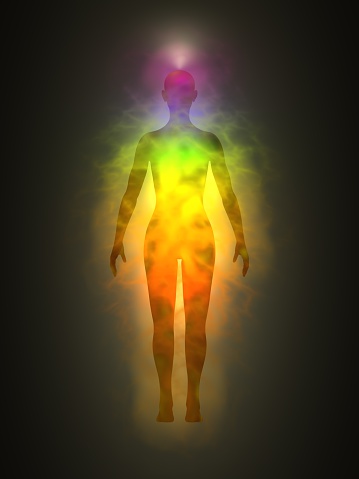 Kirlian photography can show our aura